WHO CAN AFFORD THESE HOMES? 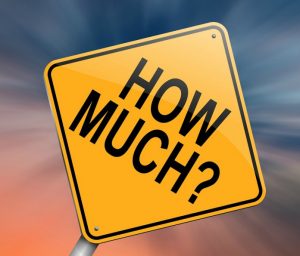 As real estate prices have escalated over the past several years, people often ask me “Who can afford these homes?!” Let’s face it, home affordability is a big issue. Some (many!) of the prices we see for a modest family-home here along the coast of South Orange County are outrageous and beyond the reach of the masses. Even though the question is typically posed as rhetorical, I thought I’d try to give it a serious answer.

To do so, I ran a current search (as of August 10, 2017) for closed sales over the past six months in five nearby cities. I used the same criteria for each city, that being about 2,000 square feet of living space with at least three bedrooms and nothing over $2 million. Here are the results:

Next, I checked with Rob Briggs of New American Funding to find out what a safe debt-to-equity ratio is, as viewed by a lender. He said they like to see 43% debt to equity, but there are programs that go higher. Just to be clear, “debt” includes both installment and revolving loans for things like car loans, credit card debt, student loans and home mortgage (including property taxes, HOA and homeowner’s insurance). To be safe, I used 43% in my analysis. Armed with this information, I assumed the buyers would have a 20% down payment, a big assumption, I know, but presumably coming from equity from another sale, gift from parents, etc. I also assumed a fixed interest rate of 4.0% for a 30 year loan, added in property taxes, insurance and additional debt of $1,000 per month to cover car payments, student loans and some credit card debt. The following chart shows a breakdown by city using the average price for that city, factoring in a 20% down payment and calculating what your household income would need to be at 43% debt to equity.

Finally, to answer the question of “Who can afford these homes?” I searched for average salaries by job type in Orange County. Here’s what I found:
• An engineer fresh out of college with a four-year degree starts at an average of $78,000 per year
• A school teacher in the Laguna Beach School District earns an average of $93,000 per year (and gets summers off)
• A mid-level manager averages $97,244 per year
• A firefighter has an average base salary of $91,000, but earns an average of $65,000 more in overtime, totaling $156,000 per year (with over $60,000 more in benefits)
My conclusion is that household income needs to be at least $150,000 or more to comfortably purchase a modest single-family home in coastal South Orange County. Therefore, if you are not a reality TV star, one person needs to have better-than-average income or there needs to be more than one wage earner in the household.

Geez, it’s not cheap to live in Paradise.

OFF THE CHARTS When compiling year-over-year statistics, economists tend to work in single-digit percentages. For example, the U.S. GDP growth over the past few years has bounced between 2% and 3%. People start to panic when inflation goes over 5%. Most investors would agree that the stock market has had a fantastic run in recent […]

Proposition 19 recently passed, amending California’s Constitution by expanding qualifications for the transfer of a property’s taxable value. Beginning April 1, 2021, Prop 19 allows an owner of a primary residence who is over 55 years of age, severely disabled, or is a victim of a wildfire or natural disaster to transfer the taxable value […]

This year has simply been bonkers. And we still have over a month to go! The news of Kobe and Gianna was swept away by the tsunami of events that followed: the pandemic, wild fires, COVID-19, spiraling deaths, impeachment of the president, civil rights protests, stock market crash, record unemployment,  out-of-control business failures, the lockdown, […]